Get fresh music recommendations delivered to your inbox every Friday.

by Bekah Kelso & The Fellas 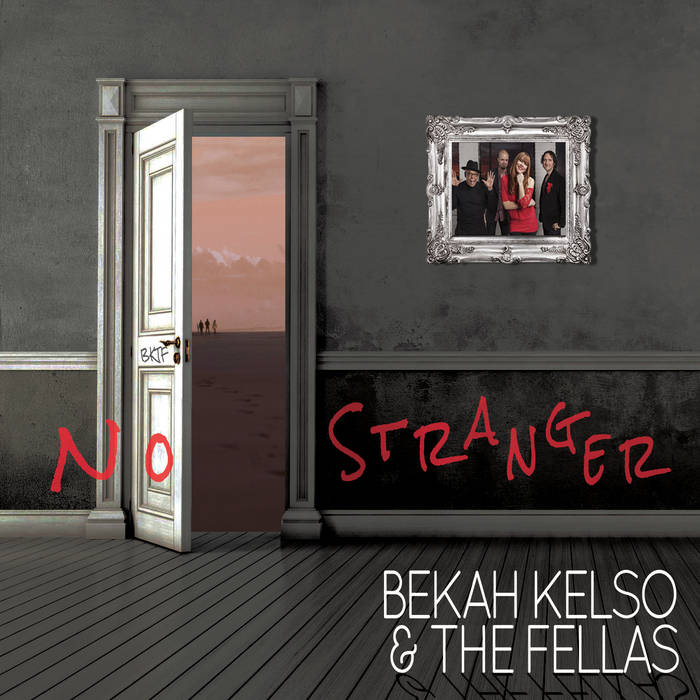 On No Stranger, we aimed to capture the raw and occasionally growly, gritty, downright dirty vibe that we've been cultivating over the last year (our first year performing together as a band.) These 10 tracks were pulled from my (Bekah's) year writing a song-a-week in the Global Soulwriters Group. Over the course of the year, I brought these tunes to The Fellas and they put the proverbial stank on 'em.
Or sweetness, where applicable.

We've worked hard and at last have captured the sound and vibe of a BKTF live show experience.

We named this album for the band of friends who've "never met a stranger" and also for some the quirkier tunes found within, which, as we down South might say, "couldn't get no stranger".

Please enjoy. Stream to your heart's delight and if your heart IS indeed delighted by what we've made, please download.

"It’s a leap forward for the talented Kelso whose voice on her new originals can conjure Janis Joplin’s more commercial pop side (on “Lucky Son of a Gun”), a deeper Rickie Lee Jones (on “Get On Home”), Fiona Apple’s manic intensity (on “The Point” and “Raven’s Song”), a Broadway chanteuse (on “Devil’s Rope”) and romantic old-school R&B singer Roberta Flack (on “”Odyssey” and “Wicked Love”)." - Hector Saldana, San Antonio Express News

Arranged, performed and produced by Bekah Kelso & The Fellas
Recorded, mixed and mastered at www.zincmediapro.com by Damian Rodriguez

Take one part bohemian and one part brass knuckles, stir in some wanderlust, simmer at 100° in Texas weather for 30 something years. Remove from heat and let chill. Serve Bekah Kelso with a folk-hop twist, relax and enjoy.

Bandcamp Daily  your guide to the world of Bandcamp